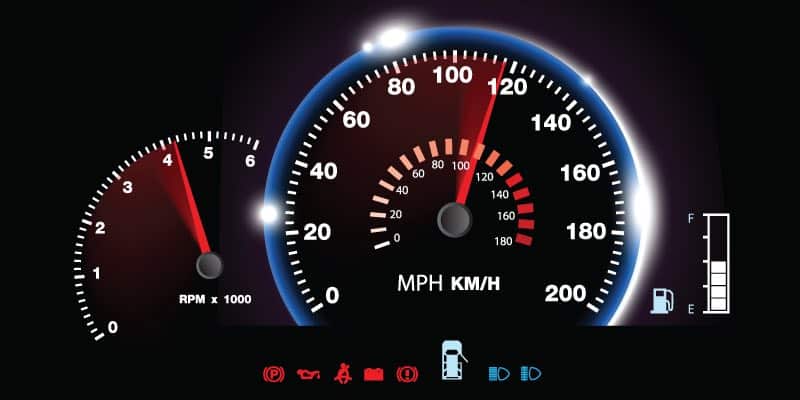 The Department of Transport plan to unveil a new proposal to impose higher penalties on hasty British motorists who break the speed limit.

Drivers will be banned after just two convictions if they exceed the speed limit by 15mph in urban areas or 25mph on motorways under a new restructuring of road safety laws. The proposals are aimed at distinguishing between drivers who accidently drift over the speed limit and the ones who brazenly disregard it.

Rather than employ the infamous Gatso camera as the government weapon of choice, we will see average speed cameras used for this scheme, which measure motorists’ speed in between two given points on the road. Drivers who are caught excessively speeding will get issued six points, meaning if you get caught twice, it’s Auto Trader time.

The proposal is particularly well timed as government figures last week showed that 13% of fatal accidents and 8% of serious crashes are caused by speeding drivers.

The majority of these cases take place on our urban and suburban roads, rather than on motorways. Last year 3,090 children were killed or seriously injured, mostly in built-up areas, including many pedestrians.

Commenting on this new proposal Jim Fitzpatrick, the minister for road safety, said: “In cases of extreme speeding only, the proposal is to increase the penalty to six points to ensure the punishment corresponds better to the offence committed”.

Curiously, the police usually allow motorists to breach the speed limit on motorways by a significant margin without fear of prosecution, rarely stopping drivers unless they exceed 85 mph. This is partly due the fact that over the past 30 years, motorways have only accounted for 150-180 deaths a year – just 5% of those killed on the roads.

These statistics have led experts to counter the case for imposing higher penalties on motorways, Britain’s safest roads, claiming that it is unlikely to improve road safety.

Many motorists are meanwhile stewing over the lack of fine reductions for those who make minor infringements on the speed limit. Ministers previously dropped plans to introduce two-point penalties for those exceeding the limit by just a few mph after complaints from road safety groups.

Edmund King, president of the AA, is in favour of such a tiered system and said: “The system should work both ways. If greater penalties are given for worse offences, then smaller ones should be given for more minor infringements”.

You may be concluding that this is another government ruse to swindle more money from infuriated motorists. Well to stop any accusations that speed cameras are little more than a cash cow, the government are expected to drop plans for higher fines for the worst offences. Instead, they are looking to impose a flat £60 fine, designed to cover the cost of the scheme, as well as issuing the six points. The aim is to hit speeders’ licences rather than their wallets.

The new regulations are proposed in a Department for Transport consultation paper, which is to be launched at the end of October.