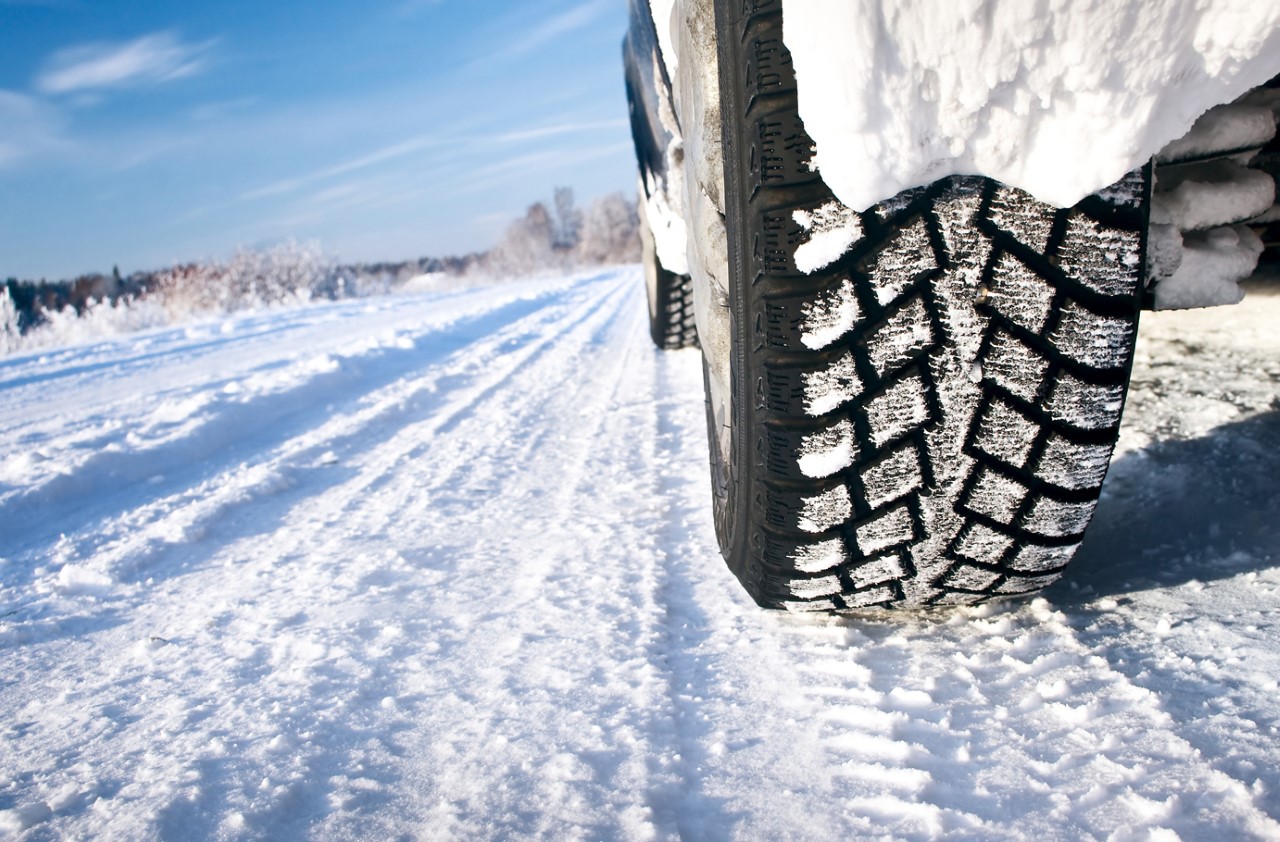 Other countries, more used to heavy snow falls and ice, do not expect their roads to be constantly gritted or snow-free during the winter. Instead the emphasis is on “driver preparation” and a (legally required) spare set of winter tyres.

But did you know that in many parts of Europe, with a warmer climate than the UK, the law requires that between specific dates drivers must have cold weather tyres fitted to their vehicle?

So how come in the UK, where temperatures have recently been between minus 8 and minus 18 degrees centigrade, we can drive around on any kind of tyre we like, most of which are completely unsuited to winter conditions?

Winter tyres use a rubber tread compound and block pattern design that will retain more flexibility in low temperatures whilst giving improved braking through better traction on ice and snow.

Until very recently, the question of summer or winter tyres hasn’t arisen when buying new tyres in the UK where we opt for a “one size fits all”. This is fine most of the time but we have to accept that they are a massive compromise.

According to the Department for transport, in 2007, slippery roads accounted for 55% of all road traffic accidents in which road environment was a cointributory factor.

It is fair to say that a large proportion of the population are able to work from home for the odd day or two thanks to internet access and home computers or laptops. Despite this, it is only a matter of time before tyre manufacturers start promoting winter tyres over here and it will only take a couple of snow bound weeks like this for the market to develop. It looks highly unlikely that it will become law for UK drivers to carry a separate set of tyres for winter conditions since it still remains a relatively unusual event.

However, TyreSafe a non-profit body setup to educate the public about the dangers of poor tyre condition is now advising UK motorists to fit cold weather tyres as a priority.

“Fitting cold weather tyres can provide significant safety benefits for motorists,” explains Rob Beddis, TyreSafe chairman. “With temperatures frequently below 7°C in the UK over the winter, particularly in rush hour when the traffic is at its heaviest, cold weather tyres offer a sensible alternative on the wet roads. They are designed to perform more effectively in the cold and wet weather, dramatically improving stopping distances. Motorists can also benefit from using cold weather tyres in snowy conditions, as they have many more delicate cuts in the tread which are designed to absorb snow, allowing the tyres to maintain their grip when driving over snow-covered roads.”

The tread on cold weather tyres ‘keys’ into the road surface, allowing them to grip the road better. In fact, braking tests conducted by a leading tyre manufacturer revealed that at 5°C a vehicle fitted with cold weather tyres travelling at 62 mph stopped five metres earlier than the same vehicle with standard tyres.

Why parts of continental Europe would have legislation for the use of winter tyres, whilst England and Scotland with much colder weather does not, does raise some obvious questions.

Which brings us back to good weather forecasting and timely gritting – not something we seem to excel at unfortunately.

Transport Secretary Alistair Darling has now criticised the speed at which the Highways Agency responded to the recent extreme weather conditions.

Darling, who was speaking publicly for the first time since the snow storms hit, said roads should have been gritted earlier, especially as the snow was forecast as long ago as last weekend.

The Highways Agency have claimed that freezing conditions came earlier than expected but it would appear to us that the two hour error they have quoted is unreasonable bearing in mind the snow and ice warnings that were given 24 hours before.

Three people died in a car accident on the M62 during recent snow falls although it is not yet known whether the snow was a contributory factor. The incident, which happened near to Junction 23, happened at around 9.00 p.m. roughly one hour after snow started to fall. All three men in the car were pronounced dead at the scene, according to a police report.

Across the country, the issue of adequate and timely gritting in such conditions has become a major issue. The media appears to be putting the blame at the feet of local councils who have clearly run their grit stocks down to a minimum due to financial contrasts. Meanwhile, the cost to the British economy is expected to exceed £1 billion. The government has said it will bring forward legislation requiring councils to grit the roads, adding: “Every local authority is given a substantial amount of money to cover road maintenance.”

Our own view is that snow clearing on the motorways has not been as bad as many have claimed and that a bigger issue for most motorists is the side roads getting them from their homes to the main roads.

Again our view is that each household should carry a sensible number of bags of salt to ensure that both their drives and the outside of their houses can be treated quickly. It is obvious that local councils will never be able to look after the side roads and whilst low-speed accidents in rural areas represent a less life-threatening risk than the main roads, any accident is expensive and, of course, potentially lethal.